On a Google search, I found the following info on this type of lock design...

Probably the first lock mechanism invented after the knot, this mechanism is usually credited to the Chinese or the Persians. It is a simple mechanism which relies on a spring attached to a rod or bar and the bar being inserted into a hole that compresses the spring. Once the spring passes through the hole it expands and acts like the barb on a fish hook to prevent withdrawal of the bar. the illustration demonstrates the principle. there are also a few examples here, some of them are ornamented and some in the shapes of animals. Other examples of the barbed spring may be seen on the Non-US page. Here is a picture of the finished wood Chinese lock from the book: I decided to add some color to the first Chinese lock I made....by using red Padauk for the shackle holders, purple heartwood for the ends, walnut for the base, and birch for the dowel/shackle.

I also copied the lock design into Google Sketch 3D drafting package. I did this for 3 reasons: 1)Learn Google Sketch 2)Make sure there are no errors in the plan 3)Better understand how the lock works before I built it. Here are some shots of what the Chinese lock looks like in 3D from Google Sketch: Here is a 3D view with nothing hidden. This crudely shows my color selection as noted above for the components. The front of the lock is hidden, so you can see the spring assembly inside. And here is the spring assembly by itself.

As I started to build my first Chinese lock, I utilized some tricks I have learned over the years.  For example, all the pieces that need the same width to fit inside the 2 side pieces, I sawed them on the table saw with the same fence width setting.  Sawing the 22 degree ends on the 4 roof pieces looked tricky to safely saw, so I glued the pattern onto the 4 roof pieces, and used the drum sander in the drill press to sand them to the angles needed.  Note that you need to make the RH end piece as a separate sub-assembly so you can access it to drill the blind dowel hole.

When I assembled the unit and tried it out before finishing......it would not always open with the key...unless the key was moved side to side.  The width of the spring piece is 11/16" and the ID of the key is 3/4".  I cut the notch back farther on the green piece above to engage the key further....and I glued a very thin piece to the ID of the key reducing the clearance and squeezing the 2 springs tighter.  After this modification, the key opened it the first time!! 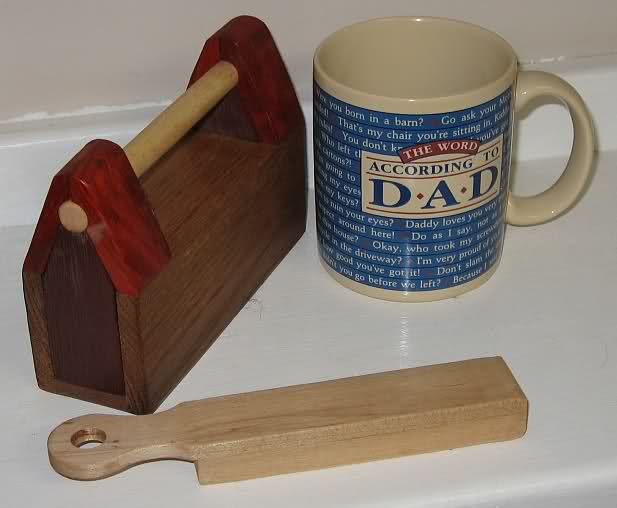 This turned out to be a neat and colorful lock......from mixing the dark walnut, red padauk, purple heartwood, white maple key, and white birch dowel!!

December 2018 Update (9 years after I first built this one)

After I built this lock, I took it to work as a display model.  After a couple of years, it became hard to work and the key would stick.  I don't think I did anything to it at that time.

In December of 2018, I was showing my grandson Caleb my wood toys and locks, when I went to show him this one, the key stuck, and the sliding mechanism stuck!!

I took it to my shop, and Dremel drum sanded, plus 1/4" chiseled..........more clearance.  I got it working pretty well. On the sanded or chiseled parts, I just coated with mineral oil, versus polyurethane.  Seems to be working fine now.  I think the original design needs some more clearance designed into it!